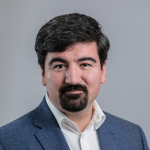 Yusuf Erkul is the co-founder and CEO of Kernal Biologics, a Cambridge, MA-based biotech company developing messenger RNA 2.0 for cancer immunotherapy. As a member of MIT Startup Exchange and Y Combinator, Kernal received two awards from Amgen and a “Technology in Space” prize from CASIS/NASA and Boeing. Dr. Erkul co-invented Kernal’s proprietary precisely engineered stealth mRNA and onco-selective mRNA technologies. With his expertise in nucleic acid therapeutics, innate immunity and cancer biology, Dr. Erkul is currently leading Kernal’s drug discovery and development efforts in immuno-oncology. Before co-founding Kernal, he was a Director at Sentegen’s R&D division and prior to that he worked at Merck’s Oncology Department. His group at Merck provided exploratory pharmacology and biomarker support for various siRNA and small molecule therapeutic programs, including a PARP inhibitor (MK-4827) which later got FDA approval for ovarian cancer (niraparib, ZEJULA®). His group also established and validated state-of-the-art immunocompetent mouse models, which helped the company develop the largest immuno-oncology pipeline, which includes KEYTRUDA® (pembrolizumab). Dr. Erkul received Merck’s Award of Excellence, twice. He obtained his M.D. degree from Hacettepe University and his B.S. degree in Biology from MIT.

If you would like to stay updated on the details of the event, please sign up for our