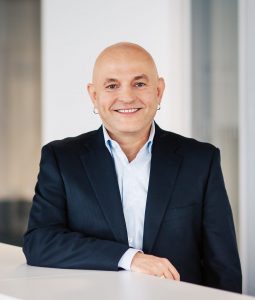 Igor Splawski PhD, was appointed as Chief Scientific Officer (CSO) in July 2020. Previously, he was at the Novartis Institutes for BioMedical Research (NIBR) in Cambridge, MA, where he worked on ten clinical compounds with eight positive proof-of-concept trials. Since 2018, he was an Executive Director and Site Head of the NIBR Biologics Center. Igor led more than 100 scientists, whose efforts included identification and evaluation of protein, mRNA, and adeno-associated virus (AAV) drug targets through human genetics in collaboration with an international clinical group. He was an Assistant Professor at Harvard Medical School from 2005 to 2008. Igor has a PhD in human genetics from the University of Utah and an MSc in biotechnology from Sofia University. He is an inventor on 28 patents, and author of 22 research publications.

Manage Cookie Consent
To provide the best experiences, we use technologies like cookies to store and/or access device information. Consenting to these technologies will allow us to process data such as browsing behavior or unique IDs on this site. Not consenting or withdrawing consent, may adversely affect certain features and functions.
Manage options Manage services Manage vendors Read more about these purposes
View preferences
{title} {title} {title}

If you would like to stay updated on the details of the event, please sign up for our